CHARLOTTE, NC (WBTV) - A family who lost their two sons in a car accident nearly two years ago is now expecting twins this summer.

In May 2015, Gentry and Hadley were involved in a wreck along Highway 17 in Pender County, near Wilmington. Investigators say a box truck was approaching stopped traffic and failed to stop in time, resulting in a chain-reaction crash. 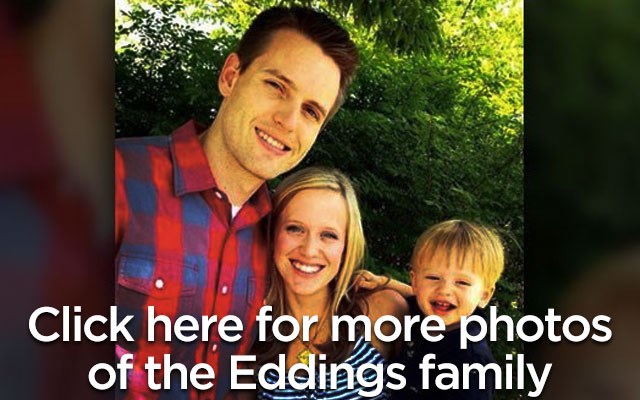 Gentry is a worship leader at Forest Hills Church, one of Charlotte's largest churches with a 6,000+ member congregation across four campuses.

"Y'all have held us up in prayer and we are so grateful!" Hadley Eddings posted in a group on Facebook along with a copy of the twins' ultrasound. "Now we ask you to add two more Eddings to your prayers! We are expecting twins this summer!"

The Eddings say it took time to come to peace with even wanting more children. Hadley found out she was pregnant early on, but it was two days before Christmas when she discovered she was pregnant with identical twins.

Over the holidays they shared the pictures from the ultrasound with their family.

"Both of our families looked at the picture for a while," Hadley said. "And they're like 'Wait. What?' You know, just really kind of excited."

"My mom's reaction was the best," said Gentry. "She looked at the picture for a minute and started screaming at the top of her lungs. My dad was like, 'What's going on?' Finally, we said, 'We're having twins!'"

The Eddings say they believe their two boys are rejoicing in heaven. They don't yet know if the twins are identical girls or boys.

The couple relied on their faith to get them through the hard times after the crash and decided to build a grade school in Haiti from donations made in memory of their sons. You can find the donation page here.

Matthew Deans, the driver of a truck that triggering the accident, pleaded guilty in September 2016 to two counts of involuntary manslaughter in the deaths of Dobbs and newborn Reed. Investigators said he was driving while distracted.

While Deans wasn't impaired at the time of the crash, investigators found trace amounts of acetyl fentanyl in his blood, and Deans admitted to experiencing withdrawal symptoms after being taken into custody following the wreck.

The drug wasn't listed as a controlled substance at the time of the accident, but a law has since been signed making it a Schedule I substance, meaning anyone found with it in their system is presumed to be impaired.

Troopers: 2-year-old critically injured after being hit by car near Lincoln County church