The passage of HB2 sparked a firestorm of controversy and drew criticism from equal rights groups, businesses and sports groups across the country.

A coalition of 68 businesses filed a legal brief late last week expressing opposition to the bill.

At the same time, a group of technology companies penned a new letter to NBA Commissioner Adam Silver urging the league to move the 2017 All-Star Game out of Charlotte in opposition to HB2, the Associated Press reported Tuesday.

Governor, other leaders had 'months' of talks with NBA

On Tuesday morning, McCrory said he did not know what decision the league would ultimately reach with regards to the 2017 game but said he and other state leaders had taken steps to address the NBA's concerns.

"We had extremely positive dialogue with the NBA during the past month, with Adam directly, and with the speaker and the president in where we discussed where we agreed and where we disagreed and some possible consensus," McCrory said in an exclusive interview with On Your Side Investigates.

McCrory said proposed legislation that came as a result of talks with the NBA was scuttled because of opposition from some special interest groups and Raleigh politicians who had advocated for full repeal of the law.

That legislation, first obtained by On Your Side Investigates as lawmakers started their last week of the short session, included a provision to restore workers' rights to bring an employment lawsuit in state court and one that would allow transgender individuals to use a certificate of sex reassignment to use the bathroom matching their gender identity.

Details of a bill to amend HB2 caught many in Raleigh—including Republican lawmakers—by surprise. McCrory defended the private negotiations.

"Listen, sometimes leaderships have to have discussions," the governor said. "I have discussions every day with businesses and with constituents that I don't go announce because you're trying to work on, trying to clarify, exactly where we are and where they might be in some of their concerns and we had very viable and productive conversations during literally a month to two month time period." 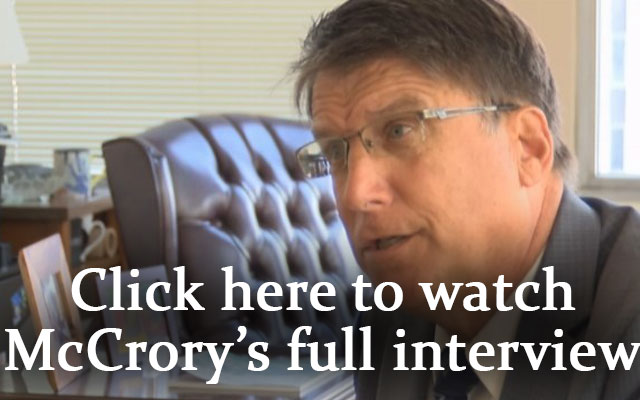 At the time, a person with knowledge of the NBA's thinking said passage of the bill would go a long way towards keeping the 2017 All-Star Game in Charlotte. The league later announced that it opposed the proposed changes.

A deal to pass an updated version of that legislation fell through on the penultimate day of the short session.

Among the people McCrory blamed for scuttling passage of the proposed legislation was Attorney General Roy Cooper, who is running against McCrory as the Democratic nominee for governor.

Earlier this month, On Your Side Investigates learned that Cooper called a small group of Democrats in the North Carolina House who supported the legislation to change HB2 and pressured them to oppose the bill.

On Your Side Investigates confirmed a group of up to ten House Democrats had originally signed on to support the bill. A number of people in that group changed their mind, though, after receiving calls from Cooper.

"We started losing Democrats," the person involved in the negotiations said. "We were told Cooper was making personal phone calls to the ten Democratic members saying if they wanted to be on the team in November they needed to vote against the bill." 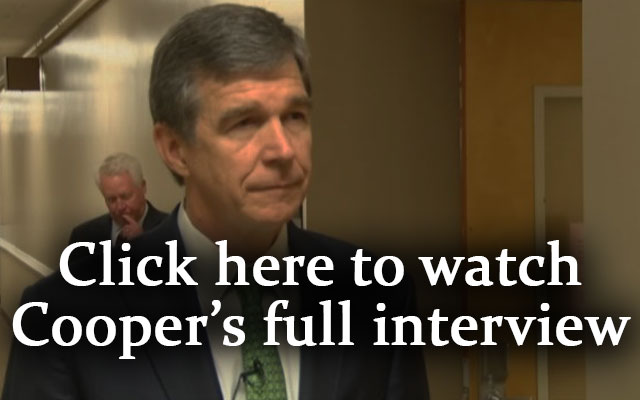 "I called legislators to urge them to work to repeal this law, find a way to remove discrimination," Cooper explained to On Your Side Investigates. "What I tried to do that day, along with a number of other issues, is we were trying to chase down what was happening."

"What we need is a leader who can bring all of these parties together and find a fix in order to move our economy forward and Governor McCrory is obviously not that leader," Cooper said.

McCrory acknowledged the role North Carolina has played in bringing debate over accommodating transgendered individuals to the country's attention.

"This is a national issue, it's no longer just a North Carolina issue. I think some people are wanting to make it just North Carolina for political gain and to raise money and that's wrong," McCrory said.

The governor said he is looking to the courts for a resolution on the legality of HB2's bathroom and locker room provisions, which is currently the subject of a federal enforcement action by the United States Department of Justice.

Lawmakers passed a law on the last day of the short session that restores employees' access to state court to file workplace discrimination claims.

"I happen to think that boys who are boys but may think they're girls still need to use the boys locker room and shower in our schools," McCrory said. "The attorney general and the president disagree with me. We're going to let the courts resolve that issue."

For his part, Cooper said he will continue to push for the bill to be repealed in its entirety.

"What I have continued to tell legislators, businesses, pretty much anybody that wants to talk about it, that we need to repeal this law," Cooper said. "But if there's some type of fix that can be made, it's great, but we know in order for it to work, it's got to remove discrimination and you've got to have local governments, leaders in the LGBT community, legislators, having input in the process and it needs to be a public process."

Troopers: One dead in motorcycle wreck near Rock Hill, S.C.