VIDEO: Employees at SC McDonald's get into fight over pies

CHESTER COUNTY, SC (WBTV) - Two female employees got in a physical fight at a Chester County McDonald's Wednesday night. The ordeal was caught on camera.

Just before 10 p.m., officers were called to the fight between a 25-year-old and 30-year-old employee at the McDonald's on J A Cochran Bypass in Chester.

The two were reportedly arguing over pies when the 30-year-old-employee told the 25-year-old employee to leave the restaurant, saying she would cover her shift. When the 25-year-old refused to leave, the other employee called police.

That's when the employee got in the 30-year-old employee's face and told her "if she went to jail she would beat her ass," the police report says. 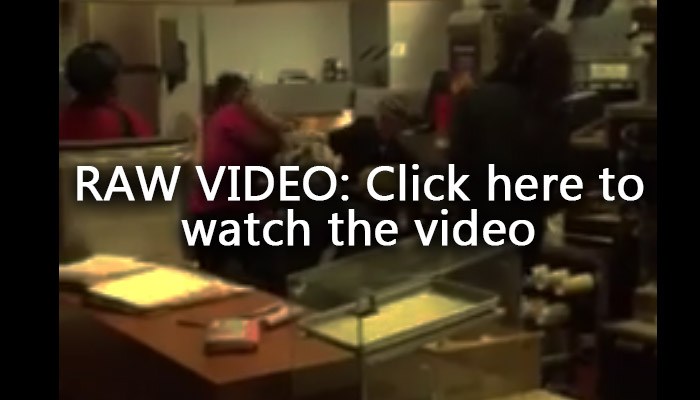 MOBILE USERS: Click here to watch video of the fight

Another employee also tried to get her to leave. The 25-year-old then walked up to the 30-year-old and struck her in the face, knocking her glasses off, the report alleges.

The two began fighting before being broken up by other employees.

There's no word on if charges will be filed. No one was seriously injured, police say.

Officials with McDonald's corporate released a statement about the fight and video Thursday afternoon.

"We take the care and safety of our employees very seriously and have zero tolerance for violence. At this time, we are cooperating fully with the police during their investigation into this matter," said Chris Sparks, McDonald's Director of Operations.