By The Charlotte Observer Staff

But five other elementary students in Union County do. And because Katie hasn't been vaccinated against the childhood illness, she is one of 15 children who have been ordered by the county health director to stay out of school, in quarantine, for 21 days.

Katie's mother, Chelsea Hedrick of Indian Trail, is confused and angry about the health department's decision. She questions why her child – and the other healthy, unvaccinated children – should be sent home when the vaccination didn't prevent the other children from getting sick.

"There's nothing wrong with her, but she can't come back to school for 21 days," Hedrick said. "The only ones with the virus are the ones that got the vaccination." 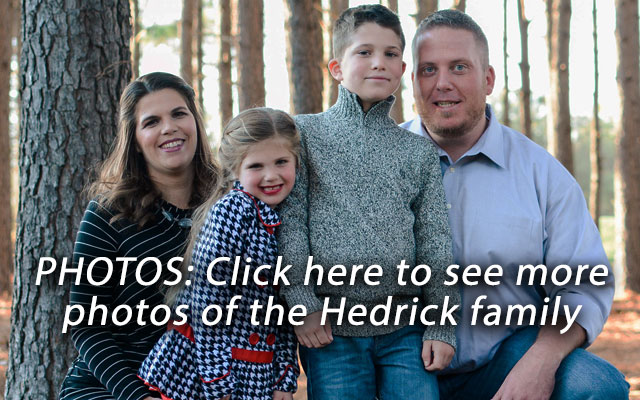 "The very nature of isolation in this instance is to remove the most vulnerable away from the disease," Tarte told the Observer in an email. Although the vaccine is not 100 percent effective, he said those who get the vaccine and then get chickenpox "have a greater level of protection to avoid complications."

In justifying the quarantine, Tarte quoted the Centers for Disease Control and Prevention: "Children who lack evidence of immunity and whose parents refuse vaccination should be excluded from school from the start of the outbreak through 21 days after rash onset of the last identified case."

Unlike measles and mumps, chickenpox is not required to be reported to health officials, so there are no good statistics on the number of cases. In Mecklenburg County, Dr. Stephen Keener, the Health Department's medical director, said he hasn't had a report of chickenpox in the past year and has never ordered a quarantine of healthy children during a chickenpox outbreak.

Keener did order a quarantine in late 2014 after a case of measles was reported. The quarantine orders went to a few people who had direct contact with the measles victim and who could not produce documentation of vaccination.

Chickenpox, caused by the varicella-zoster virus, is highly contagious and spreads by direct contact or through the air by coughing or sneezing. It takes 10 to 21 days to develop symptoms after being exposed to someone with the disease. Recovery from chickenpox confers long lasting natural immunity.

Many cases of chickenpox are mild, but deaths can occur from the disease. The vaccine was licensed for use in the United States in 1995. Before that, about 100 people died every year in the United States from the disease. The vaccine has also been linked with injuries. Since creation of the federal Vaccine Injury Compensation Program, it has received a total of 125 claims – nine deaths and 116 serious injuries – related to the chickenpox vaccine. Compensation was awarded in 71 cases, and 28 were dismissed.

Hedrick said she declined to get her daughter vaccinated against chickenpox and other childhood illnesses because her older child, Jackson, now 8, had bad reactions – from ear infections to drug-resistant pneumonia – after receiving vaccines as a small child. "We went through a very traumatic time with him," Hedrick said.

Jackson received vaccinations only until he was 2. After that, Hedrick got religious exemptions that allow both children to attend school without having received all the mandatory childhood vaccines.

Keeping Katie at home has created challenges for the family. Hedrick, who works for Wells Fargo, has arranged to work from home and help Katie with homework until the quarantine is over on March 17. She has also hired a tutor for Katie, who is in the school's Spanish immersion program.

"Every day that she's not in school, she's losing that conversational Spanish," Hedrick said. "It's very hard. She goes from being happy and singing to (saying) 'I want to see my friends. I want to learn.'… This is crazy."

He left his job accused of misusing taxpayer dollars. Then he was hired to run Charlotte’s bus system

Man dies from injuries after being punched by Wendy’s employee in Arizona, police say