CHARLOTTE, NC (WBTV) – Owners of a restaurant where a pregnant woman was killed nearly two weeks ago could face a penalty for hiring a convicted felon - the co-worker accused of stabbing the 25-year-old manager to death. 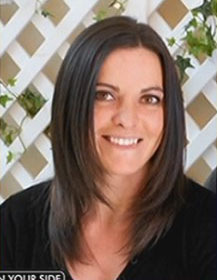 Click here to view a photo gallery of the victim, the suspect and the scene

Danielle Watson was a manager at the Flying Biscuit on Rea Road only a few weeks when she was fatally stabbed during a robbery January 13th.

Police arrested her co-worker, Mark Cox, and charged him with the murder. Cox will also likely face a murder charge for the death of Watson's unborn baby. She was only a couple months pregnant.

The 22-year-old was already a convicted a felon three times over. In one case, he robbed his own co-workers at gunpoint at another restaurant during closing time.

Wednesday, state Alcohol Law Enforcement agents said they plan to cite the restaurant owners for hiring a convicted felon. State law prohibits establishments with a permit to serve alcohol from hiring someone who's been convicted of a felony within the last three years.

The ABC Commission will review the violation. In his report, the ALE agent said the restaurant's owner said a criminal background check was never done on Cox.

A criminal background check is not technically required by state law, except in some select jobs. However, the general statue which deals with permitting businesses to serve alcohol does place responsibility with the employer.

"During the short time Mark Cox was employed by the Flying Biscuit Cafe he performed his responsibilities accordingly and was trusted by his co-workers," owner Hugh Bigham said in a statement to WBTV on Wednesday.

"During the interview process, Cox acknowledged a previous conviction. He was given a chance and initially hired on a trial basis. There are many victims of this horrible tragedy but our primary focus today, and going forward, is helping the family of Danielle Watson. Danielle was a wonderful person and her death is a terrible loss to all of us."

The Flying Biscuit owners have said they plan to create a permanent memorial to the slain manager.
Watson's fiancé, Keith Smith, has said Watson had no idea she was working with a convicted felon.

Cox worked in the kitchen. He landed the job a few weeks after finishing a three-year prison sentence.

Police say they found bloody clothes and a butcher knife in Cox's apartment. He lived within walking distance from the restaurant. His sister told police he confessed to the crime.

The restaurant could face a warning or fine, depending on the ABC Commission's findings.

Hallmark movie to be filmed in Salisbury next week

One killed, another injured in shooting in Uptown Charlotte