Historic plane loses engine, has to return to Charlotte

CHARLOTTE, NC (WBTV) - A historic plane with Charlotte ties had to make a surprise landing just hours after arriving in the Queen City to help raise money for an aviation charity.

Click here to view photos of Capt. 'Sully' landing in Charlotte Friday and problems with the plane later 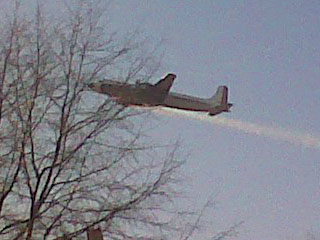 Passengers say the more than 50-year old DC-7 plane had just taken off from the Charlotte-Douglas International Airport around 4 p.m. on Friday afternoon.

Passengers say there were signs of engine trouble immediately, and they soon realized one of the plane's four engines had stopped working. 52 people were onboard the plane at the time.

Legendary US Airways pilot Chesley Sullenberger and co-pilot Jeff Skiles flew the plane into the airport around 12:15 p.m. on Friday.

After the plane landed, trouble was spotted with an engine on the plane, which was leaking oil.  The engine was worked on by mechanics before the plane attempted its return flight.

Captain Sullenberger and Jeff Skiles were not on the plane when it had to make its emergency landing; a new crew had taken over.

The flight was part of a fundraiser for the Historic Flight Foundation. Passengers paid around $1,000 a ticket to fly from Coral Gables, Florida to Charlotte and back Friday.

Some passengers were able to get alternate flights back to Florida, while others decided to spend the night in Charlotte.

Mechanics worked on the plane Friday night in hopes of getting it ready to fly again on Saturday.

Passengers say although he wasn't Sullenberger, the pilot of the DC-7 did a fantastic job bringing the plane back to Charlottee-Douglas Airport.  They say it was a very smooth landing.

Still, some admit initially wishing Sullenberger was the pilot for the return trip, given his well-earned reputation stemming from the Miracle on the Hudson.