CHARLOTTE, NC (WBTV) - A teenage boy charged with killing his father and stepmother was denied release for a second time in a Mecklenburg County courtroom on Thursday. 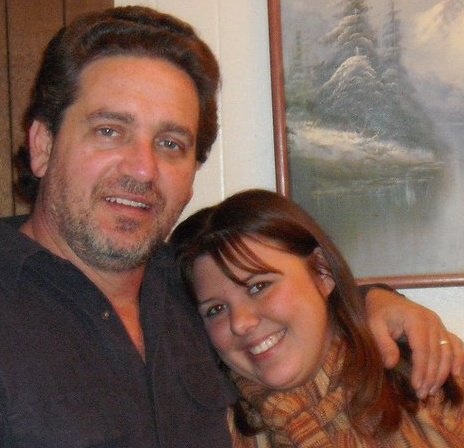 Click here to view photos of the couple who were killed

WBTV was in court Thursday when Liewald's attorney, Valerie Pearce, argued to get Liewald be released from the Juvenile Detention Center on grounds of good behavior.

The judge denied the release and ordered that the teen have a legal guardian before his next probable cause hearing on October 31.

Liewald was first denied release to his paternal grandparents during his detention hearing on September 29.

According to the judge, Liewald demonstrated that he was a danger to others and would remain in custody at the Juvenile Detention Center at least until the October 6 hearing.

Prosecutors said Liewald had waited for his father and stepmother to come home and then ambushed them.

Pearce told the court her client was forced to stay in his room and not allowed to leave, and was manipulated by his father.

She also said he witnessed his father shoot his neighbor and was traumatized by it.

Officers were called to the home of Liewald and Buckaloo in the 12300 block of Buxton Drive, just south of Pineville, around 2:05 a.m. on Monday, September 26.

The bodies of the couple were found after 911 received two calls from a 15-year-old boy, police said.

Police say they were first called out to Buxton Drive after the teenager called and said he needed help, but refused to say why. Police said the teen called again and said he shot his dad and stepmom.

The teenager, identified by neighbors as Matt Liewald, told police in the second call that he would be "sitting on a nearby street corner waiting for officers to arrive."

Officers say they found Liewald about three-quarters of a mile from the shooting scene and took him to police headquarters.

Neighbors say the teen was homeschooled by his father after leaving school because he was getting into fights. Neighbors say Matt rarely came out of the house and the family kept to themselves.

They say Liewald was known to be strict with his son and had been seen walking down the street with a gun a few years ago.

In fact, we searched our archives and found the elder Liewald has been in trouble with police before. In 2007 he was charged with shooting one of his neighbors, Greg Hicks, in the chest after the two got into an argument.

Police later dropped the charges against Chris Liewald after they determined he shot Hicks in self-dense.

Still, what Hicks told WBTV at the time was strangely prophetic: "They better do something," Hick warned. "Because the next one's gonna be a dead man."

Police have told WBTV that the 15-year-old has been charged with two counts of murder, armed robbery and attempted auto theft.

Police say Liewald and Buckaloo are both graduates of Fort Mill High School.

A vigil was held Monday night at the Morningstar United Methodist Church.

Members recall see the family at church hours before the shooting.

Pastor Mary Brown said, "Cassie and Christian and Matthew are beloved members of our church family and we love them, and we're all heart broken at their loss, and we're praying for them intensely tonight."

Brown also described the couple as well liked and respected.

"They're all generous and loving."she said. " Generous with their time sharing their talents."

It is unclear if Matthew Liewald will be charged as adult.

"North Carolina law allows anyone under the age of 13 charged with a felony to be charged as an adult," according to former Mecklenburg Assistant District Attorney Steve Ward.

He would not talk specifically about the Liewald case, but feels circumstances of high profile homicides force the hand of prosecutors.

"The D.A. Has to make a decision rather to do that or not, and they have to petition the court,"he said." It's not totally within the D.A.'s discretion. The judge will ultimately be the one to make the decision."

However, several factors determine where a teenage offender lands.

"Prior involvement with the court. The level of charges they've had. Whether they've been on probation," she said.

Investigators are trying to determine if there are any witnesses. Anyone with information is asked to call (704) 432-TIPS.

One killed in deadly shooting in Rowan County